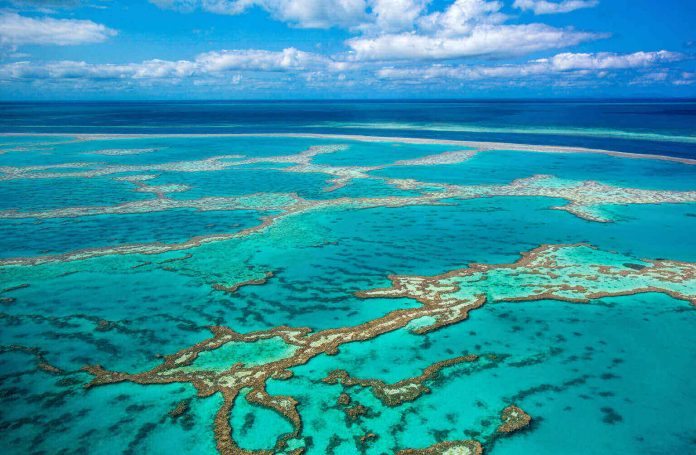 After battling an illness for such a long time, the Great Barrier Reef of Australia is breathing it’s last after a life-time that spanned 25 million years. But there is still hope, as NASA scientists and marine biologists race against time to identify ways to save it from complete extinction.

Of the 911 reefs ARC surveyed this year, only 68 or 7% escaped bleaching, while between 60% to 100% of the corals were found to be severely bleached on 316 reefs. Coral bleaching is a phenomenon in which stressed corals expel algae and turn white. If not given time to recover, bleached corals can perish.

The Great Barrier Reef has been the world’s largest living structure for a while now and is the only one that is clearly visible from space. Its length is a massive 1,400 miles and comprises of 2,900 individual reefs and 1,050 islands. Its biodiversity includes 220 species of birds, 450 species of coral, 30 species of whales and dolphins, 3,000 species of mollusk and 1,625 species of fish.

The Reef came into existence during the Miocene epoch on the eastern coast of Australia. What followed were 24.99 million years of favorable conditions and overall growth. The reef was created by corals. Millions of individual corals secreted shell to form colonies. As time went by, sea levels rose, giving rise to shallow water reefs and atolls, these extending 140 miles off the coast of Australia.

The reef was of immense benefit to the surrounding ecological community. When humans first moved from Asia to Australia some 60,000 years ago, the generous spirit of this reef was evident. Aboriginal tribes got their food from hunting in its waters for millennia, right until its unfortunate demise.

The Great Barrier Reef became famous back in 1770. This was after Captain James Cook made history by being the first European to navigate its deadly maze. Cook, however, was not a fan of the reef. All who knew the reef loved it. His ship foundered on one of the reef’s shoals and almost sank. However, after a few months, Cook was able to escape the reef.

The reef was always in the spotlight after that. Teams of explorers, artists, tourists and scientists made the reef a beacon. It also became a crown jewel for Australia.

However, the Queensland government tried to lease almost the entire reef in the 1960s to oil and mining companies. Following this move, the first Australian conservation movement was formed.

After a decade-long “Save the Reef” campaign, the Great Reef Marine Park was formed in 1975. It imposed a restriction on fishing, shipping and any developments on the reef. In 1981, the reef was made a World Heritage Site by UNESCO. However, in this same year, the reef had its first mass-bleaching incident. When water temperatures soared, a massive two-thirds of the corals found in the inner parts of the reef were bleached.

Mass bleaching was a common sight by the turn of the millennium. Scientists soon learned that climate change was not the only culprit. Ocean waters absorbed the increasing levels of carbon from the atmosphere and became acidic. This acid then began to dissolve the reef.

Various interventions were attempted to try and save the reef. However, no one knows if any serious efforts were made to save the reef or if these efforts would have worked. In 2016, the Australian government pressured the UN to remove a chapter that touched on the reef from a report that detailed the effect of climate change on World Heritage sites. At this point, the reef was undergoing its worst bleaching event ever, one from which it would not recover.

Other magnificent structures that met a similar fate as the Great Barrier Reef include the Florida Reef off the Florida Keys, the South Pacific’s Coral Triangle and a host of other coral reefs around the world.

We urge you to visit the other wonders of nature that are at the brink of extinction, so that you can experience them before you are gone. 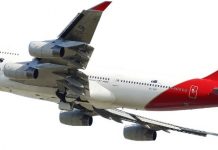