The world is a weird place. There is a lot to escape from, a lot to discover. If you’re in the mood for some travel, it’s best to avoid to tourist attractions, because they are always crowded, messy and have open-and-shut timings. Here we are going to show you some of  the most creepiest, chilling and scary places on planet earth. Let the thrilling travel spirit in you delve into each of these unique places you will want on your bucket list asap…

Mexico is known for being quite a religious country, and when it comes to the island of Xochimilco, they are extremely fanatic about a major aspect of the supernatural – ghosts. According to legend, a single man lived on the island and witnessed a child drown in the local river, sometime in the 1950s. Soon after that, her ghost appeared and the man was so freaked out, he began collecting dolls and hanging them around the place to appease the deceased girl’s immortal soul. Well, more than six decades later, the man is buried here and now the only reminder of his haunted life is a white cross to mark his final resting place and doll parts that would creep the bejesus out of anyone visiting the island.

For more on the island of Xochimilco, CLICK HERE.

When one pictures a fishing town, an image of luscious waters with a teaming population, prosperity and evergreen surroundings comes to mind. However, when it comes to Moynaq in Uzbekistan, the only surroundings are sand and sounds that eerily remind one of the memories of what once used to be a port. Moynaq was a centre for irrigation and around 15okms. from the Aral Sea. However, due to overfishing, over-population and extreme weather conditions, things soon started changing for the worst, which led to citizens moving away and now the place stands deserted. The weird part about Moynaq is that the town is full of sea-themed monuments – from fish mosaics to archways.

What does hell look like? Biblical descriptions equate it with a lake of fire. But hell cannot be seen on earth, unless one travels to Turkmenistan. As wide as an American football field, the Door to Hell there is a massive crater that was once filled with methane gas. It was the Soviet Union that decided to burn the place, in order to prevent the spreading of the gas. What resulted was a hole that has been on fire for over 40 years now. It is a tentative popular tourist destination, with thousands of visitors to watch this anomaly that can’t be put out.

For more on the Door to Hell, CLICK HERE.

Paris is a beautiful city, known for the arts and other unique sightings found no where else in the world. One such wonder is buried, literally, in the belly of the city, that Parisians call the catacombs. It is here that the bones of the dead are stocked for centuries now. How many dead? Over six million, to be exact. It is said that as graveyards around the city filled up to the brim and overflowed, due to various natural calamities, war and the plague, there was no place to lay the dead to rest. So, underground they went and are now on display in neat stacks, skulls, larger bones, et al. It is extremely spooky to walk around, but no, it is not haunted.

For more information on the Catacombs in Paris, CLICK HERE. 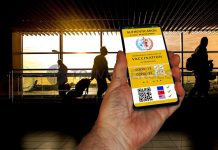 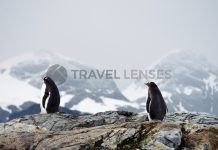 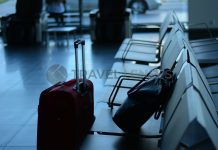